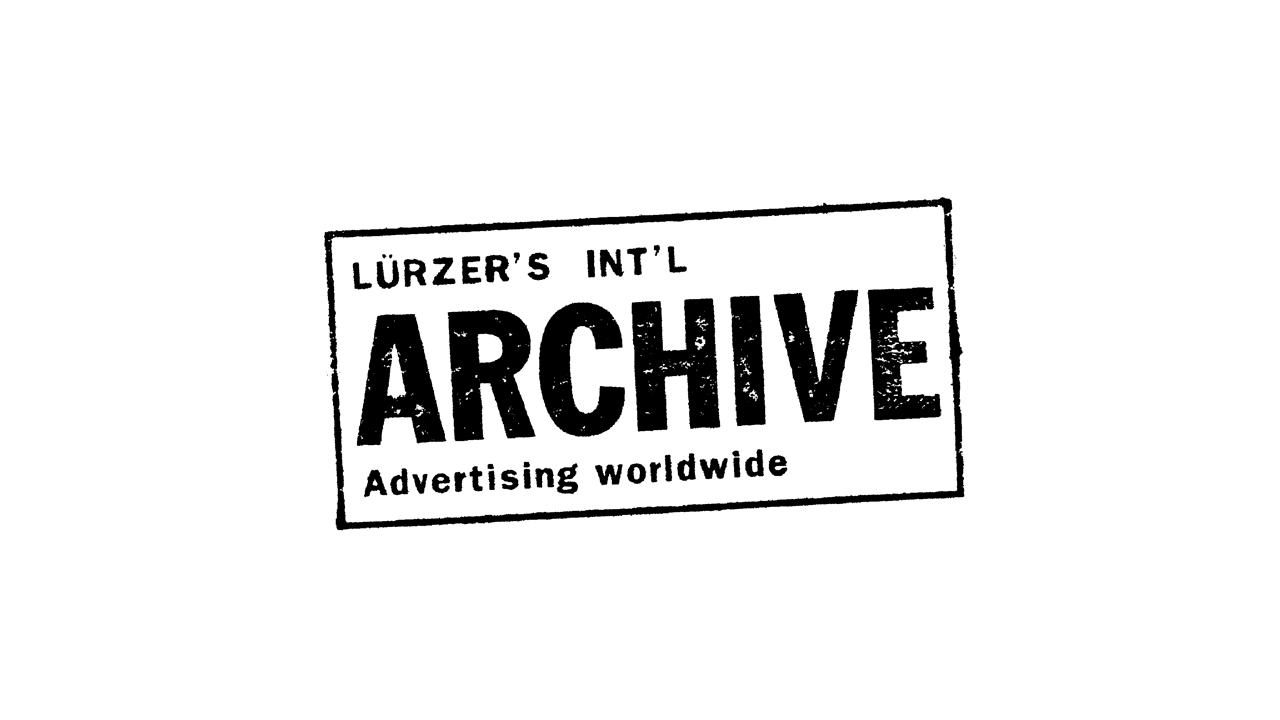 Welcome to the new Lürzer’s Archive.

From the cover logo through to The Conversation between Walter Geer and Marc Pritchard, and later to art and technology side-by-side in our Reviews, we have succumbed to… evolution.
However, one thing hasn’t changed: the celebrated Lürzer’s Archive display of the best advertising and related communications from around the world. The core offering is still at our heart, in print and in the searchable online archive. 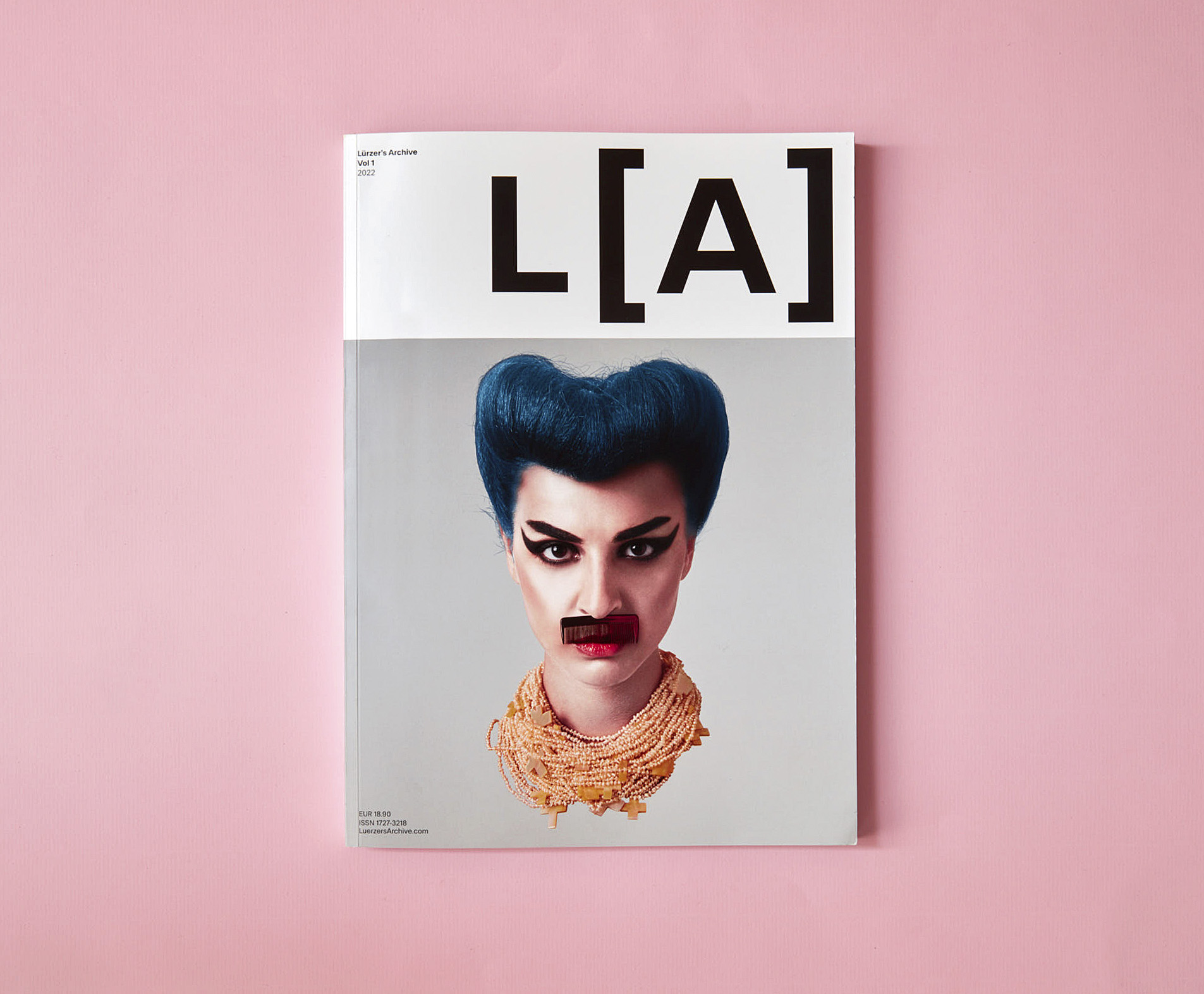 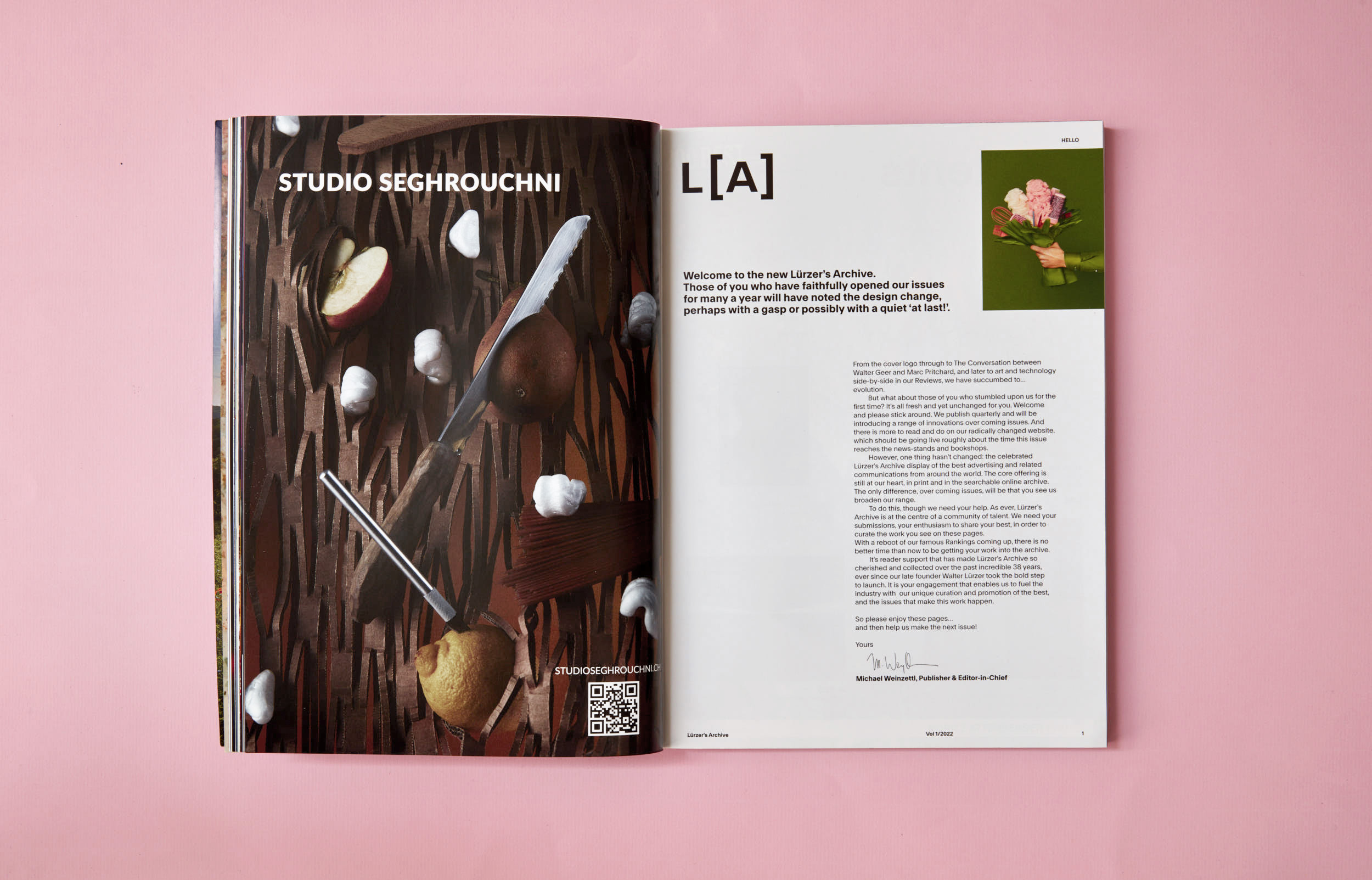 Lürzer's Archive (also known as Luerzer’s Archive) is a bi-monthly magazine for the advertising industry[1] which features advertising campaigns for print and TV from around the world. The magazine was founded in 1984[2] and has a global circulation of 38,000, and has been described as "one of the foremost advertising magazines in the world."[3] The headquarters of the magazine is in Vienna.[4]

In an interview with editor-in-chief Michael Weinzettl, Romanian magazine Sapte Seri said, "Whether you enter the offices of a big advertising agency or a small creative boutique, invariably you will see somewhere on the white shelves a collection of Lürzer's Archive. You don’t find these magazines in press kiosks, but those who work in advertising know them by heart. They are their tools for inspiration and small 'innocent thefts'".[5]

Since 1998 the magazine has also published Lürzer's Archive Specials; volumes on photography, Illustration, packaging, product/music design and other creative fields. In 2011 they began to publish the 200 Best series, along with apps for iPhone and iPad.

The magazine was founded by Walter Lürzer,[6] a cofounder of advertising agencies Ogilvy & Mather, TBWA Frankfurt and Lürzer, Conrad, Publicis, MullenLowe, Havas, McCann and Saatchi & Saatchi which in 1980 merged with Leo Burnett. At first based in Frankfurt, Germany, in 2002 the magazine’s head office relocated to Salzburg, Austria and then to Vienna, Austria, in 2008. Michael Weinzettl, who was appointed editor-in-chief in the 1980s, became publisher after Lürzer's death in April 2011. 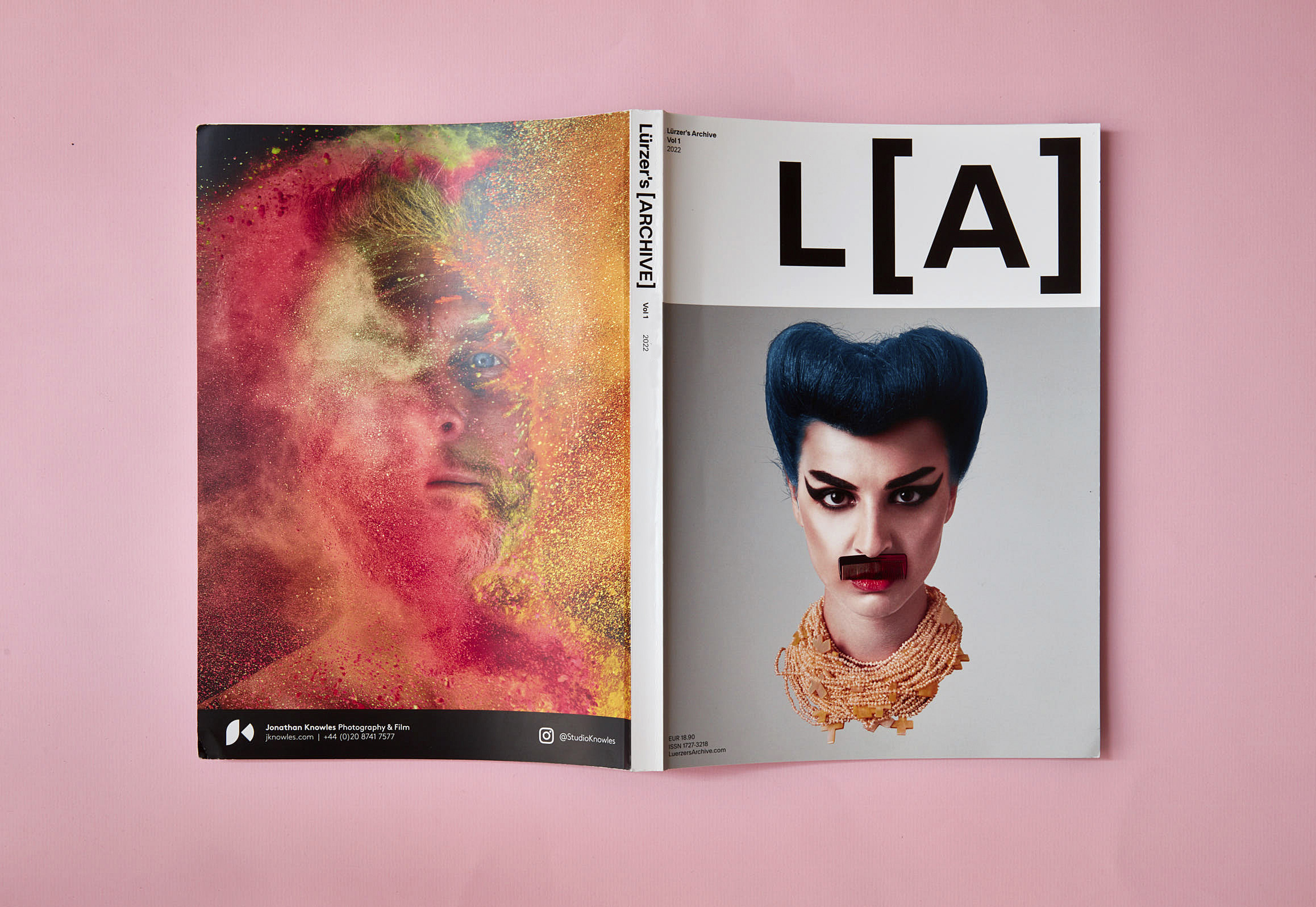